The arrival fallacy: What it feels like to sell your company

It should have been one of the best days of my life. After seven years building a company and a nine month acquisition process, my co-founders and I had closed a deal to sell Bleacher Report to Turner Sports. We had founded the company when we were right out of college. This was the pinnacle we had been working towards since. And it was also success beyond our wildest imagination.

Visions of reaching this endgame had fueled me through the many ups and downs. We had our high points but also traversed more than a few pits of despair. I should’ve felt unbridled jubilation and supreme confidence. And yet on the day the deal closed, I felt depleted.

The last couple years at Bleacher Report had taken a lot out of me. As the company grew, so did my dissatisfaction. Politics had infected the culture and sapped a lot of the fun out of it. The company already didn’t feel like it was mine anymore. It had taken on a life of its own. And that was fine.

I felt a huge sense of accomplishment in what we had built. And seeing the funds hit my bank account was surreal. But I didn’t have the urge to go pop bottles of champagne and live the high life like I thought I would. Instead, I felt relief. We had made it, after facing many obstacles that could have stopped us. But all I wanted to do was exhale. I could finally take a mental break after pushing the boulder up the hill for so long.

My sense of ownership over the company dissolved away quicker than I expected. I found I could turn off the founder mentality that had driven me day and night for years. We built something that people loved. Against deep odds, we reached the destination we had sought for so long. Now it was time to pass it off to someone else. I had earned the right to step away.

Tech media glorifies acquisitions and sets an expectation for how founders should act and feel during them. Through a lot of the process, I found myself trying to emulate that in a performative way. Inside, I felt different. We celebrated. I accepted many congratulations. A few weeks after the deal closed, we took the whole company to Las Vegas for a big blowout party. I showed up for the team. But by that point I was already mentally checked out.

This unexpected feeling of letdown after you achieve a major milestone has a name: the arrival fallacy.

The term comes from the book Happier: Learn The Secrets to Daily Joy and Lasting Fulfillment by Harvard psychologist Tal Ben-Shahar. As Ben-Shahar explains, your brain releases dopamine as you strive for a goal and make progress towards it. The closer you get to the finish line, the dopamine hits grow.

But once you get there, the journey and all the striving fade away. Instead of the anticipated satisfaction, you’re left with a feeling of emptiness. That is, until you zero in on the next goal to reach for and get back on the hamster wheel.

The truth is, achievement does not equal happiness. After you achieve success, you’re still the same person you started out as. You may have a fatter bank account. But you still have the same doubts, fears, and anxieties.

People may look at you in a different way. They think that because you’re successful, you have it all figured out. You have to decide whether to put up a front to try to live up to those expectations. Or whether to be real and vulnerable and put your authentic self out there.

Is it even worth it, then, to be ambitious and shoot for big goals? Without question to me, it is.

But I’ve come to understand that the reward is the journey, not the destination. The real benefits of any pursuit are lessons you learn, the relationships you build, and the personal growth you achieve. If you look at things that way, you always gain something whether you reach the top or not.

Over time I’ve learned to depend on much simpler and more attainable sources of happiness. I find it in family, close relationships, my sense of self-worth, and the meaning I get from life in each moment. As I’ve prioritized these aspects of my life, my contentment has increased.

By centering myself in sources of joy unattached to achievement, I’ve freed myself to seek new goals and start new journeys. And to move forward without fear of failure or judgement.

Tag: Startups, Mindset
The link has been Copied to clipboard!

Startup lessons from the Dead 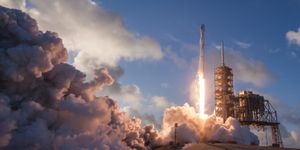